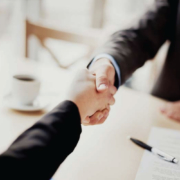 On 27 July 2018 the Mauritius International Arbitration Centre (or MIAC), will commence operations as an independent arbitration centre, bringing the highest level of dispute resolution services to the international community, with a particular focus on disputes in and with relation to Africa.

The creation of MIAC as an independent institution follows on from the termination of the joint venture between the Government of Mauritius and the London Court of International Arbitration (LCIA), and the ceasing of operations of LCIA-MIAC from 27 July 2018. MIAC will operate from that date as a new organization, supported by the Government of Mauritius, an Advisory Board, a Secretariat, and drawing on the established legal framework for international arbitration in Mauritius including the Mauritian Arbitration Act, and the Permanent Court of Arbitration’s role thereunder. The Permanent Court Arbitration (the PCA) is an intergovernmental organization founded in 1899 to facilitate the peaceful settlement of international disputes. The PCA today counts 121 member states, Mauritius having joined in 1970. The PCA has maintained an office in Mauritius since 2010, its first office outside The Hague.

The Government of Mauritius has expressed its full support for MIAC as part of its overall policy of establishing Mauritius as a dispute settlement hub and a state-of-the art international arbitral seat for Africa and beyond. As with LCIA-MIAC, the new MIAC shall benefit from full financial support from the Government of Mauritius, but under a strict principle of non-interference in MIAC’s administration, guaranteed under MIAC’s Constitution.

The MIAC Advisory Board shall provide advice to the Secretariat, further ensuring that its practices reflect accepted international standards. The Advisory Board will be chaired by Professor Emmanuel Gaillard.

Day-to-day operations of the MIAC Secretariat will be led by Co-Registrars, whose appointment shall be announced shortly.

As part of transitional arrangements agreed with the LCIA, MIAC shall administer cases arising from LCIA-MIAC clauses inadvertently entered into on or after 1 September 2018.

The Attorney-General of Mauritius, Hon. Maneesh Gobin, has reaffirmed Mauritius’ commitment to the principles that have guided Government’s international arbitration project since its inception in 2008 and says: “Mauritius is looking forward to this next phase in the development of MIAC, and of Mauritius as a safe and state of the art arbitral seat for Africa and beyond. We particularly welcome our ever closer cooperation with the Permanent Court of Arbitration, a truly international and increasingly multiregional organisation which has been at the service of the international arbitration community for over a century. Its continued involvement in our project should send the strongest message to the world that Mauritius remains fully committed to its cardinal principle of full support to and strict non-interference with international arbitration in Mauritius”.

The Secretary-General of the PCA has welcomed the adoption of the MIAC Arbitration Rules 2018 and says: “The PCA welcomes the establishment of MIAC and looks forward to cooperating with MIAC, the Government of Mauritius, and other actors in support of Mauritius as a leading jurisdiction for arbitration and other forms of international dispute settlement”.

Chairman of the Advisory Board, Prof. Emmanuel Gaillard says: “I have been following the development of Mauritius as a safe and state-of-the art arbitral seat closely ever since the inception of the Mauritian arbitral project in 2006, speaking at the very first MIAC conference in 2010 and again two years ago at the first African ICCA Congress. I am delighted to be part of this new phase in the development of MIAC, and look forward to working closely with the PCA and our arbitration colleagues in the region to ensure that MIAC can build on and retain its role as a leading international arbitral institution in Africa and beyond.”

Questions about MIAC should be sent to info@miac.mu